Denny is the son of Harold Breau and Rita Cote, who were known professionally as Hal Lone Pine and Betty Cody. His older brother was the genius Jazz Guitarist Lenny Breau. While Lenny went on to fame, and a mysterious death, Denny remained in Maine to take care of his Mom and the rest of the family. He was often called upon to go rescue his brother when Lenny’s personal demons got the better of him.

Himself a consummate guitarist, Denny has been a mainstay of the Country and Folk Music Scene in the Pine Tree State. Perhaps his best know work was with Tom and Dave Rowe in Turkey Hollow, originally the Turkey Hollow Consort.

He has also recorded as a soloist, with The Denny Breau Trio and with his friend Dave Rowe’s trio 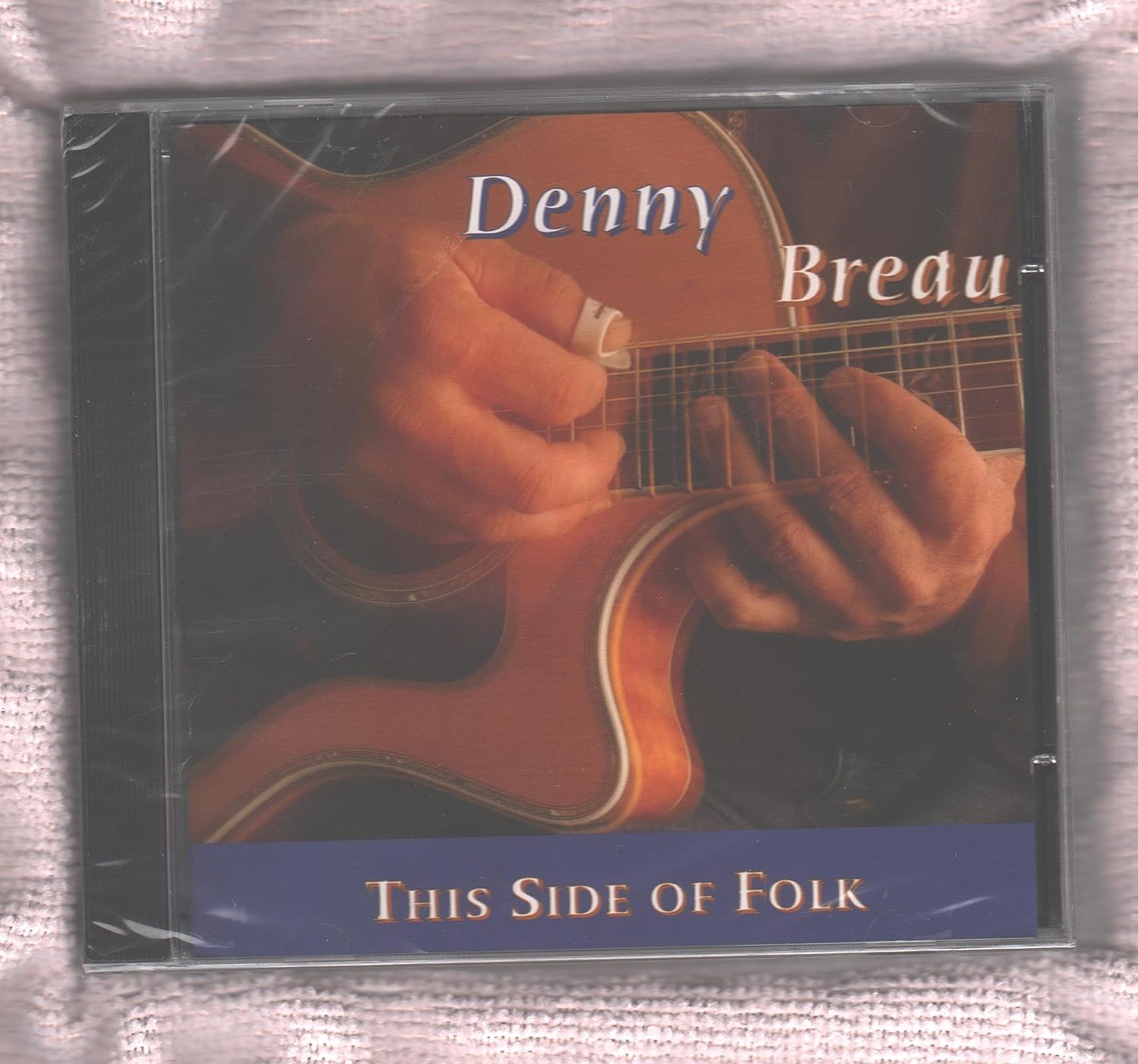 He continues to play a vigorous schedule, gigging almost every night of the week. The problem is, to see him, ya gotta go to Maine. You can get more information about Denny, and his performing schedule here.

I first met Denny sometime in the late nighties when he came into the station with Turkey Hill. Oddly, I had actually run into him some 60 years ago. Here’s the story.

When I was a kid, the local drive in theater had country music shows between double features. The musicians would perform, weather permitting, on the roof of the snack bar. My dad loved country music so we often went, when we could afford it. One night, the show featured Hal Lone Pine and Betty Cody, Denny’s parents. I remember this distinctly even though I was only about 5, because Lone Pine sang one of his hits: “Prince Edward Island is Heaven to Me.” I thought, at the time, that Prince Edward Island sounded wonderful and I decided to go there some day. Of course, it took me 20 years to actually get there, but once I did, I fell in love with the place and spent much of the next 20 years traveling to PEI, and the rest of Atlantic Canada, every chance I could, to record the area’s traditional music.

Since we were there to hear the music, we always left before the second half of the double feature. (Oh what my mother put up with on my father’s behalf.) My folks didn’t mind if I fell asleep in the back seat during the first movie, as long as I was awake for the music. I usually didn’t, but often wished I had. I remember crying my eyes out at the tragic end of “Ol Yeller.” I think I still have a bit of resentment towards my folks for taking me to see that one. I also remember being terrified at a movie called “Ring of Fire” which featured David Jansen and Frank Gorshen. There was so much fire. It did feature the song of the same name written by Merle Kilgore, made famous by Johnny Cash, but that was not enough to make up for all those flames. (Gawd, I was a sensitive kid!)

My dad liked to get there as soon as the gates opened, so he could get his preferred spot. Other people jockeyed for the best view of the screen, my dad wanted the best view of the Snack Bar. This meant that there was an hour of more to kill before sunset and the start of the first movie, so I was allowed to visit the “playground” down by the screen. This was a large concrete slab with a slide, See-Saw, Merry-Go-Round and the like. I can’t imagine there being a playground like this today. No grass, just concrete to fall on. On the night in question there were very few kids around and I figured out who two of them had been when a man in a large cowboy hat came to herd them in as darkness gathered. The kid, who turned out to be Lenny, spent the whole time sulking atop the fence around the playground. I thought he was the younger brother because he was so much smaller. (BTW It wasn’t long after this that Lenny joined his folk’s show as Lone Pine Jr.) The kid who turned out to be Denny and I, being about the same age (Denny’s a month and a couple of days older than I am) and about the same size (which, back in the day, was referred to as “husky”) immediately started trying to smash each other’s faces in with a tether ball, neither of us knowing how the game was actually played.

Kind of odd that, nearly half a century later, we’d end up on the radio together.