To oversimplify, Western Swing was a mixture of German Polka Band (Really. I’m gonna do a post on Adolf Hofner someday and you’ll see,) Hillbilly String Band, and Hot Jazz Dance Band. Hank Thompson led the Brazos Valley Boys and they were one of the best. The difference between his recordings and those of, say, Bob Wills or Spade Cooley, was that there was little of the instrumental soloing that was the hallmark of his contemporary band leaders. To paraphrase Joe Friday “Just the song, mama.” For Wills and Cooley “the swing was the thing” but with Thompson “the song was the thing.”

As his career progressed his music lost, or modified, some of the hallmark Western Swing sounds. This song is a good example. In a more traditional Western Swing band the Steel Guitar (usually a lap steel) sounded like a cross between the electric guitar sound that Charlie Christian pioneered with Count Basie and a blues slide guitar. Here the Steel is already sounding more like what we think of as the classic Pedal Steel in Nashville Country Music. And this was back in 1953! The song originally appeared on the album “Songs of the Brazos Valley” and, I suspect, was only released as a single to meet the demand for more Hank Thompson on jukeboxes around the country. A year earlier he’d hit it big with “Wild Side of Life” (see Answer Songs, Part 1 for more on that) and another song from the album, “Rub-A-Dub-Dub,” was just coming off a stay at #1 when this was released. This one was not as successful, topping out at #8. The writing credits go to Billy Grey and Thompson himself, who either contributed the tune, or just wrote his name on the sheet music, a standard practice in Country Music at that point. The B-Side was Hank’s take on the traditional “John Henry.”

Calling this an Answer Song is almost cheating. All Goldie Hill did was change a few pronouns. Her becomes me or mine. Goldie’s contribution is so slight she didn’t even get a writing credit. Even the arrangement follows Thompson’s, from the first Steel Guitar notes on. Oddly, I like the guitar sound on her version better than the original. The song was released in late 1953 as the B-Side of “Let Me Be the One” written by Jenny Lou Carson. Neither side charted.

Just a few words about “The Golden Hillbilly” Goldie Hill 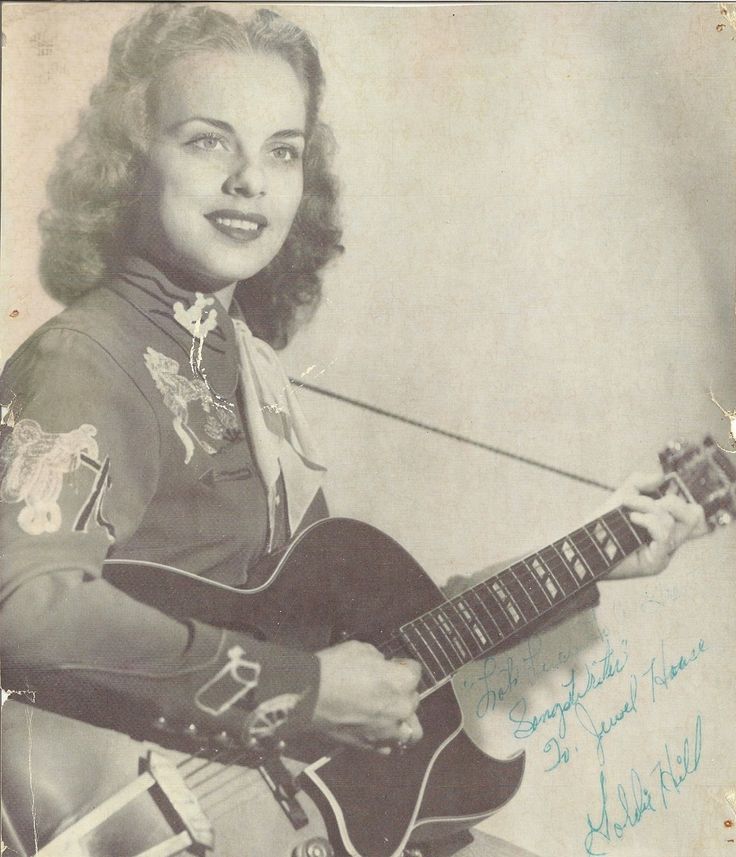 Now that you’ve heard her, isn’t it amazing that you’ve never heard of her? She is truly one of the forgotten women pioneers of Country Music. Born Argolda Voncile Hill in Karnes City, Texas, she was the sister of singer Tommy Hill. Like so many, she broke in on the Louisiana Hayride, and was signed to Decca in 1952, I suspect, this was to compete with the success of Kitty Wells who’s “…Honky Tonk Angels,” itself an Answer Song, was the first big country hit by a woman. (For more on that, again, see Answer Songs, Part 1.) They didn’t waste any time and her second single was an answer song that we’ll get to in the next installment in this series. It was her only #1 chart topper. Over the next dozen years she released 32 singles but only four of those hit the charts. Two of those were recorded with Justin Tubb (son of Ernest) and two with Red Sovine. In 1957 she married country star Carl Smith and by 1964 has stepped away from the business. She was back in 1967, recording for Epic using the name Goldie Hill Smith. At that time she released two LPS and 3 singles, only one of which charted, topping out at #73. She passed away, a victim of cancer at age 72 in 2005.