I know I got a little heavy with yesterday’s post, so this one is just for fun. Like I say, who doesn’t love a good break up song?

I’m only posting two songs. I decided to eliminate the kind of teenybopper break up songs that populated the Pop charts in the 50s and 60s, right up to the arrival of the Beatles. I ruled out the angsty break up songs that seem to be the stock and trade of many contemporary singer/songwriters. And, no matter how beautiful, I decided against existential break up songs like Leonard Cohen’s “Hey, That’s No Way to Say Goodbye.” (Gee, I got all choked up just thinking about that one…. damn, I’m such an old softy.)

The first one was written by the late Michael Marra, a songwriter from Dundee, Scotland. Do you remember when “boy bands” were all the rage. The performers here are an “old boy band” from Notts, England.

That song always makes me wonder how many couples stayed together because they didn’t want to break up the record collection. Or lose the house…. or that vintage MGB-GT in British Racing Green…..

This one is from a wonderful new album by Laurie MacAllister. Remember her? Red Molly, right? She was the tall one. It is not just her performances, and the well crafted arrangements, that make this album such a gem. It’s the tasteful, and skillful, song selection. This one was written by Richard Shindell, who was nice enough to contribute harmonies. Some people think of this as a Halloween song though it is not. The placement of that song at that time of year is truly tangental. My people thing the song to be funny. I do not. What do you think? 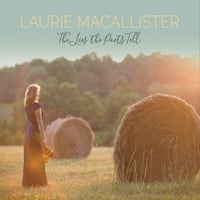