OK, this is gonna be fun. Firstly, it deals with the classic Country Music themes of murder and infidelity. Secondly, if you’ve listened to Folk or Folk/Rock over the last forty years you know the song already. When The Band revived it for their “Music From Big Pink” album, many people took it as a traditional song, but nothing could be further from the truth. It was written in 1958 by Danny Dill and Marijohn Wilkin on Music Row in Nashville. The writers have said that the song was based on three influences:

I am chagrined to find that I don’t have Foley’s version, but to give you an idea of the genesis of this song, listen to this version by Don Gibson. I also have a version done with a white-boy gospel quartet that, I’m sorry to say, since I loves me some Porter Wagoner, is really hard to listen to. I’ll get to Marijohn shortly, you’ll see why I waited when we get there. Danny Dill started out as a singer. He even trod the boards of the Ryman for the Grand Ole’ Opry as part of the duo Annie Lou and Danny. He did some solo recordings but his greatest fame came as a songwriter. He is, justifiably in the Nashville Songwriters Hall of Fame, and he wrote so many great hits that I’m not even going to try to list them. I will mention that he wrote Bobby Bare’s hit “Detroit City.” Anybody who can condense the mundane nature of working class life into one line, “by day I make the cars, by night I make the bars” has to be one of my personal heroes.

By 1959, when he recorded the song in question (which you’ve probably guessed by now) Lefty Frizzell was already a major star. He began recording nearly a decade earlier and had already charted 17 with 5 of them hitting #1. Oddly though this song, and Saginaw Michigan, are his most enduring and best know, it topped out at #8. His sound at the time was solidly Honky Tonk and people have speculated that the increasing popularity of Folk Music influenced the decision that caused him to record this ballad. 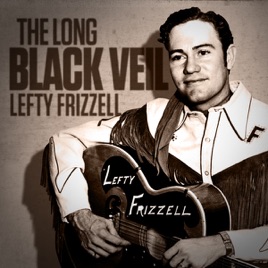 After he hit #1 with, the aforementioned, Saginaw Michigan in 1964, the quality of his performances started to falter do to a developing problem with alcohol. He continued to record until 1975, when he was felled by a massive stroke and died at age 47.

Over the years there have been just too many versions of the song for me to even try to list them. I’ll just hit a few high spots.

Johnny Cash not only recorded the song, but sang it on his first network TV show, in a duet with Joni Mitchell. Joan Baez recorded it multiple times. Mick Jagger joined the Chieftans for a version. You can add the Dave Matthews Band (their recording charted,) Bruce Springsteen, Harry Manx, Jerry Garcia, Bill Monroe, The Bluegrass Gentlemen, The Country Gentlemen, Tim O’Brien, and Marianne Faithful to the list. Ronnie Hawkins recorded it, but long after his former backing musicians The Band did. Dave Mallett include his take on an album of songs he used to do when he was starting out. There is even a Soul version by Brian Owens.

Now on to the answer and Marijohn Wilkin. She toured with Red Foley in 1955, which is probably how she knew “God Walks These Hills….) but by 1959 she was settled down on Music Row as a songwriter turning out hits for Wanda Jackson, Stonewall Jackson and Jimmy C. Newman, all before “Long Black Veil.” Much of her later output might be considered Gospel or Christian, including the megahit “One Day at a Time.” She also turned out some R&R including a hit by Eddie Cochran and “I Just Don’t Understand” that was covered by the Beatles. Rod Stewart and Mick Jagger also recorded her songs. She was known as the “Den Mother of Music Row” and mentored folks like Ed Bruce, Johnny Duncan and a young Kris Kristofferson. Her son was a musician and led the band Ronnie & the Daytonas. Remember “G.T.O.” back in 1964? Yum. She is, of course, enshrined in the Nashville Country Music Songwriters Hall of Fame. She passed away due to heart disease in 2006 at age 86. A life well lived.

I have sometimes wondered if this was the original version of the song and it was changed to a male point of view because there were more men singers to pitch it to. Probably not. I warn you, the arrangement is awful, but you gotta hear it anyway.

I’m including this one because I think everything goes better with banjo…. tenor banjo that is.

This album is dedicated to one of my favorite country singers, Jan Vycital. The song is done by Miroslav Hoffmann.

Tomorrow – We pick up the pieces of a Patsy Cline classic.