Do you remember when, back in the 1960s, television producers turned every musical performance into a production number? In the US (and I’m lookin’ at you Ed Sullivan) that often meant adding some mini-skirted go-go dancers in cages (and what the hell messages were we sending with that?) North of the border, the CBC tended to be a bit more creative. Here is Lightfoot with one of his most Canada-centric songs. Note that his original recording of the song clocked in at 6:23. This performance is two and half minutes longer, and while we found the arrangement on the original a little lugubrious (or at least I did) this one is even more so.

Bob Dylan appeared on the CBC show “Quest” in 1964. This performance features half a dozen of his best at the time. Bob seems engaged and his annunciation is more careful than usual. (Bless that director.) The scene is atmospheric. As much Minnesota as, say, New Brunswick. Oddly, the extras seem to do their best to ignore him.

Pops Extra – This is James Keelaghan, with the Duhks. Gord’s influence on Jimmy is obvious, especially when you hear him do this one. 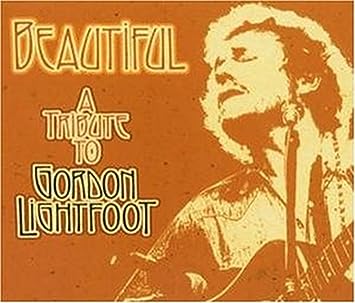