I am an unabashed Bruce Cockburn fan. He is an amazing guitarist, he studied briefly at Berklee in the 60s but not long enough to heart his playing. His writing is among the best ever and he is a wonderful and gentle man. I had the pleasure of interviewing him on several occasions and introducing him in concert on several more. Back stage he is almost shy, and totally unassuming. When he hits the stage he is magic. The kind of Christian that I respect, he doesn’t proselytize and lives his beliefs. His is about the only songwriter I can think of that has had a book written about the theological implications of his songs. And oh, what songs they are.

Salamander Crossing was an Amherst based Bluegrass band that featured, among others, Roni Arbo on Fiddle, Dave Dick on Banjo and Andrew Kinsey on Bass. They disbanded in 1999 with members of the band going on to form Roni Arbo and Daisy Mayhem. This is their BG take on Cockburn’s “Child of the Wind.” In 1970 Bruce was invited to write the theme music of the first movie produced with support of the National Film Board of Canada. The movie “Going Down the Road” told the story of two friends who, like so many, leave their homes in Cape Breton, Nova Scotia to find work in Toronto. Even though he’d probably never even been to Cape Breton at that point he got it right. The song was later recorded by Cape Breton Legend John Allen Cameron. This version is by the Barra MacNeils, a family band from Cape Breton. Cockburn himself joins them for a verse. (For your convenience, and mine, I’m including the movie itself at the bottom of this post.) Claire Lynch is simply one of the most respected singers in Bluegrass Music today. When she decided to do an album of songs by Canadian songwriters it was no surprise that she chose one of Bruce’s. This is her take on one of his most beautiful: “All the Diamonds in the World.”

Grace Griffith is out of the Washington/Baltimore music axis. What I love about her recording of Cockburn’s “Wondering Where the Lions Are” is the vocal group backing her. Very reminiscent of “The Lion Sleeps Tonight” by the Tokens. Grace is suffering from MS. Please keep a good thought for her. 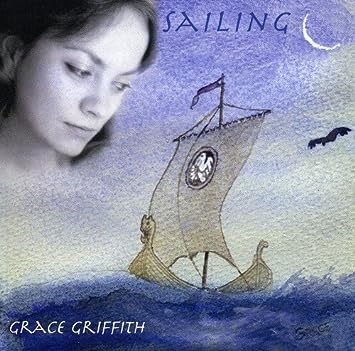 It was my misfortune to do the last radio interview, before the last performance, on the last tour, by the duo Gregson & Collister. It was, well, awkward to say the least. No matter, as both have gone on to fruitful solo careers. Just listen to how Christine handles Cockburn’s “The Whole Night Sky.”

People will tell you that Maria Muldaur no longer has as good a voice as she did when she recorded “Midnight at the Oasis.” To me, it doesn’t matter. She still has an amazing way with a song, as evidenced in her version of Cockburn’s “Southland of the Heart.”

Oysterband was scheduled to open a US tour at Nightstage in Cambridge, MA. That was how long ago it was. You probably don’t even remember Nightstage. Turns out, their plane was delayed getting into Logan. Steve Forbert, who was opening the show performed, and after an hour stopped and said “That was supposed to be the end of my set but I don’t know if Oysterband is going to get here or not, so, if it’s alright with you, I’m just gonna play until they get here or I run out of songs. Whichever comes first.” Of course it was alright with us, nobody left, and he continued. After another hour a line of taxis screeched to a stop on Main Street in front of the club and Oysterband came bounding up the stairs carrying their suitcases and instruments. They deposited their stuff at the front of the stage, threw their jackets on an empty table and started opening cases. John Jones was the first to get his accordion out. He leaped over the suitcases to the stage and started playing. Before the song was over the rest of the band was unpacked and plugged in, and, as they used to say, the joint was rocking. They played until well after curfew for live music in Cambridge at that point, showing little effect from coming directly off a transatlantic flight to the stage. That, my friends is a band. This is their version of Cockburn’s “Lovers in a Dangerous Time.”

Here, as promised, is the movie “Going Down the Road, with Cockburn’s theme. By Hollywood standards the production values may seem a little low budget, but I think that adds to the atmosphere of the story. It you like independent films or just a good story well told, please give it a watch.

As I was searching YouTube to find the movie so I could include it in this post, I was gobsmacked to find that in 2011, the original director had produced a sequel using the surviving members of the original cast. It is set, appropriately, 40 years after the first. For the record, Bruce Cockburn’s theme is used but in a haunting version by Toronto based singer/songwriter Michelle Willis. As I write this, I have just finished watching it for the first time, and I am not ashamed to say that I am in tears. Yes, it’s a little mawkish and sentimental, but, then again, so am I. My Grandfather was from Kerry, so I’m allowed.