Ferron is simply one of my personal heroes. one of my favorite singers and one of my most admired songwriters. It’s hard, in the current climate, to explain how important the Women’s Music Movement was, and to explain what a struggle it was. Women producing music about women for women doesn’t seem exactly revolutionary today but it was then. And what amazing music they produced. Though it was not meant for me, being the wrong gender and all, it affected me mightily. I still love Meg Christian, Cris Williamson, Lucie Blue Tremblay, Tret Fure and dozens more, but none more than Ferron. Not a week goes by without me listening to her music.

I was stoked when, after being name checked in an episode of the Amazon TV series “One Mississippi,” she actually appeared in the final scene. There she was, live on stage, singing this song. 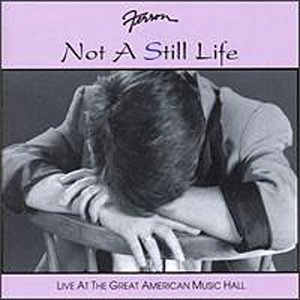 Just one personal story if I may. I had just started at WUMB so this would have been almost 28 years ago. (Damn, where did that time go?) Ferron was doing a concert in town, and the promoter wanted her to do an interview on the station. She was, however, insistent that Ferron be interviewed by a woman. The program director at the time, Brian Quinn, was equally insistent that I do the interview. Bless him, he held his ground. As soon as she walked in, Ferron and I bonded. The promoter insisted on sitting in the tiny studio we had at the time during the interview. Ferron and I had a great time, we not only talked music, but shared personal stories and insights, and, at one point, even ended crying together on the air. All the time this was going on, the promoter was sitting there scowling and staring daggers at me while I kept thinkin’ “Didn’t want Ferron interviewed by a man eh?”